Electric heat pumps generally offer the cheapest way to cleanly heat and cool single-family homes in all but the coldest parts of the United States in coming decades, according to research released by the American Council for an Energy-Efficient Economy (ACEEE). As states and utilities look to reduce planet-warming emissions, they need to help households transition to cost-effective heating and cooling that use clean energy. To look at options, the ACEEE report evaluated the energy use of several thousand homes across the United States. It considered life-cycle costs for equipment and energy under a scenario in which the electric grid and heating fuels are largely decarbonized beginning in 2030. This analysis presents their findings. 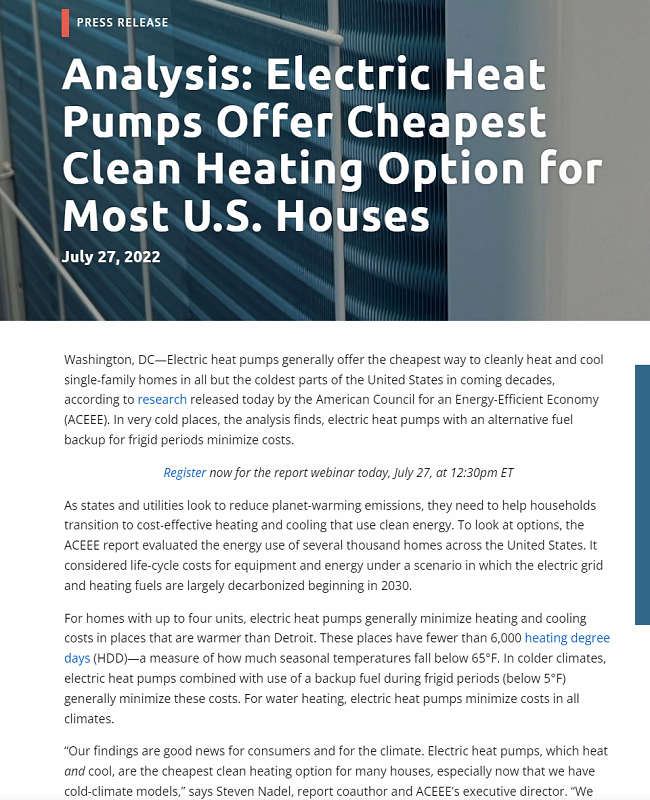