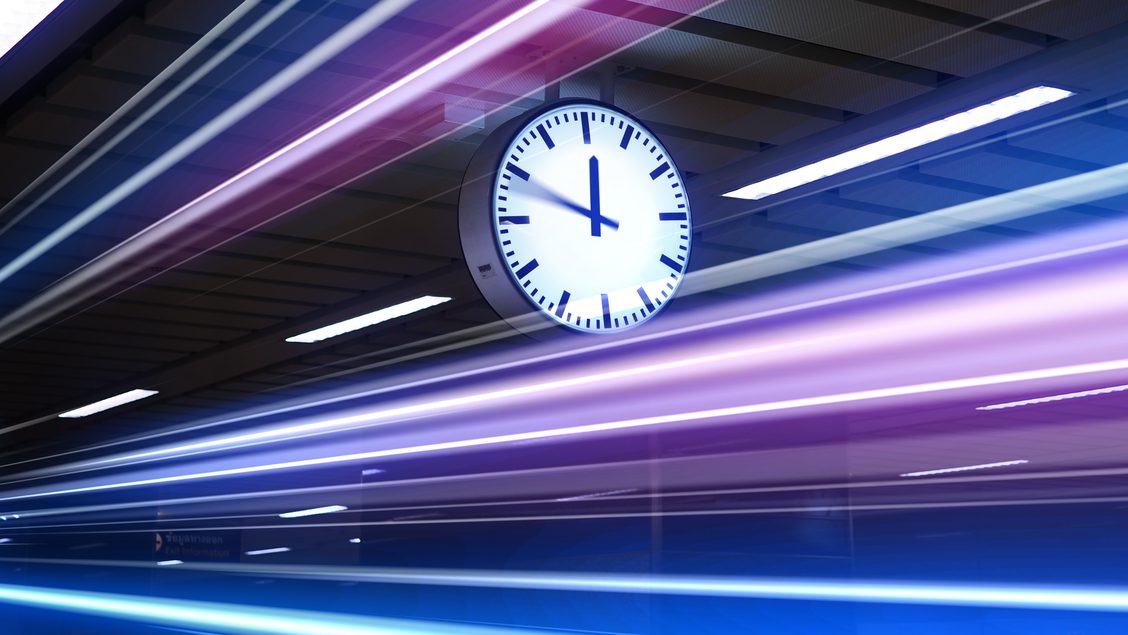 Back in September, we discussed strategies to prevent grid strain during periods of high electricity demand. Today, we’ll do a deep dive into one of those potential solutions: time-of-use rates (TOUs).

Time-of-use rates are a unique mechanism in that – unlike other energy management options – they do not require any installations to implement. Yet with enough customer education, they have the power to enable decarbonization, serve as demand-response tools, and even save customers money all at once.

So, what are TOUs exactly?

A time-of-use rate is a utility billing plan primarily geared towards residential customers and small businesses. Conventional utility bills are calculated solely on the number of kilowatt-hours delivered, which can either be flat or tiered rates. TOU rates – on the other hand – factor in when that electricity was consumed. The price per kWh is variable based on the season (summer vs winter), type of day (weekday or weekend), and time of day (usually grouped into multi-hour rate blocks).

This pricing structure more accurately reflects the economics of power production at different times of the day and across different months of the year. For example, when people come home from work or school and start turning on lights, doing laundry, or charging electric cars, demand spikes, causing the price to spike with it. Conversely, at night when the lights are off and fewer big loads are pulling at the grid, demand shrinks.

To give you a better sense of how TOU rates work, let’s visualize a few. Below are the summer weekday TOU plans for Southern California Edison (SCE), the second-largest electric utility in the country, with over five million customers. Each plan is named for when its “on-peak” rate occurs, i.e., when price is highest and it’s time to cut back on energy use. Other hours of the day are considered “off-peak.” 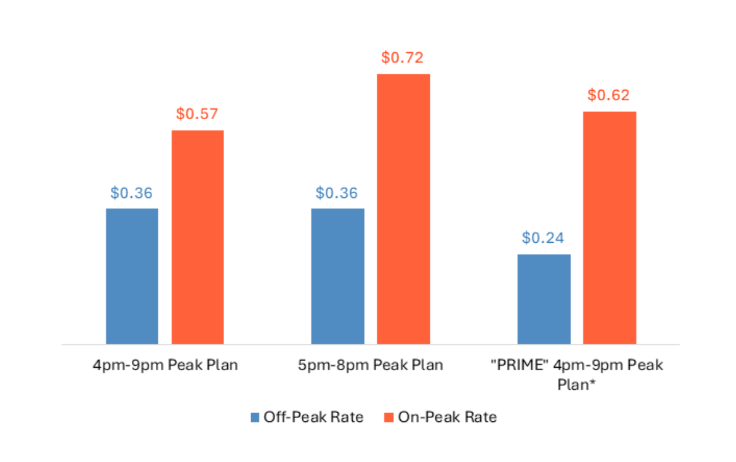 Data from Southern California Edison. Visualization by Atlas Public Policy. *The SCE PRIME rate is available to customers who provide proof of ownership (or lease) of an electric or plug-in hybrid vehicle, a backup battery, or a heat pump for space or water heating.

Notice that on-peak pricing is significantly higher than off-peak pricing. Therefore, utility customers can save a significant amount of money over the course of the year by shifting the times they use large appliances.

Imagine you’re an SCE customer on the 4pm-9pm Peak Plan and you have a dishwasher that uses 3 kWh per cycle. By setting your dishwasher to run after 9PM every night rather than right after dinner (unless you eat very late!) you’ll save $230 over the course of a year.

Con Edison, the largest utility in New York with 3.3 million customers, provides even steeper off-peak discounts. Customers who enroll in standard (usage-based) delivery pay $0.127 per kWh during the summer, and $0.146 per kWh if their consumption exceeds 250 kWh for the month. The decision to switch to a TOU rate is costly during peak rate periods ($0.255/kWh), but the price plummets to just $0.018 after midnight.

How do TOU rates accelerate decarbonization?

Firstly, TOU rates promote electrification. In the SCE example, customers who electrify part of their homes (or their vehicles) are rewarded with dramatically lower off-peak rates. This opportunity acts as an incentive for those with natural gas heaters or internal combustion vehicles to make the switch.

Widespread adoption of TOU rates will also likely galvanize home battery adoption. Not only does battery ownership unlock lower rates, but it also allows homeowners to use cheap energy even during on-peak hours by pre-charging and letting the battery power their homes during peak demand hours.

Lastly, TOU rates promote decarbonization by shifting demand towards times when the grid is cleanest. In California, for instance, solar energy generation often exceeds demand in the early afternoon. By pre-heating or -cooling building space during these times, heat pumps become even more cost effective and environmentally friendly.

Are you enrolled in a time-of-use plan? Have you saved money as a result? Let us know at info@atlasbuildingshub.com and we can share your experiences with the community.