Buildings Hub Live: The Future of the Electric Kitchen

Home/Events/Buildings Hub Live: The Future of the Electric Kitchen

This event has passed. 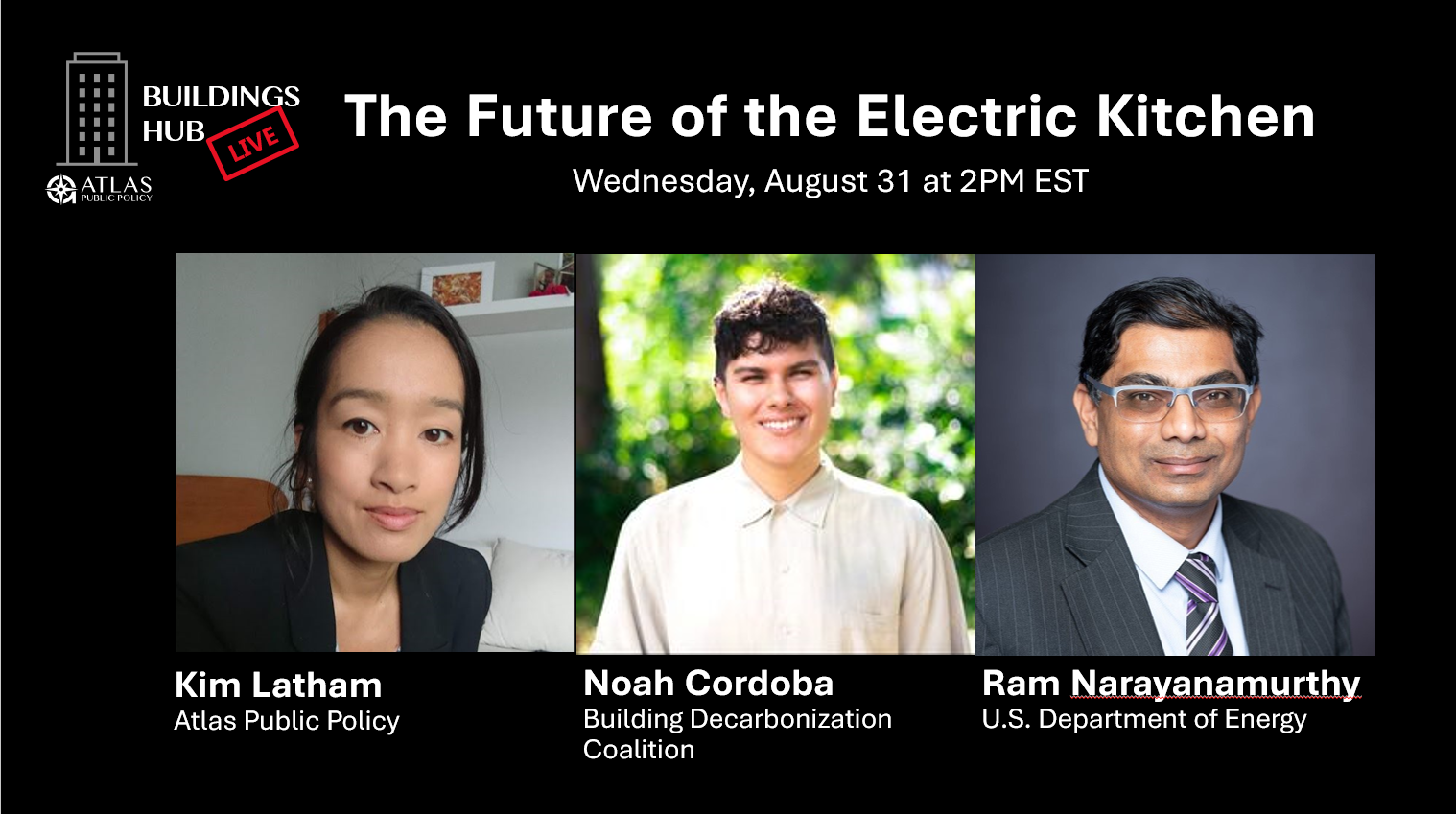 Buildings Hub Live: The Future of the Electric Kitchen

Buildings Hub Live spotlights the changemakers and technologies leading the charge to electrify the built environment. Join Atlas Public Policy for Episode 2 on Wednesday, August 31 at 2 PM EST. We have the pleasure of hosting Noah Cordoba, Program Coordinator for Kitchen Electrification at the Building Decarbonization Coalition, and Ram Narayanamurthy, Program Manager with the Emerging Technologies Office at the U.S. Department of Energy, to discuss the the future of the electric kitchen and the transition to induction cooktops.

While many home and commercial chefs believe gas stoves to be superior than their electric counterparts, that perception will need to change as the United States transitions to all-electric buildings. Traditional electric cooking, either coil tops or ceramic glassware, represent the vast majority of electric cooking appliances across U.S. households. However, a safer, higher-performing, more efficient option, induction cooking, is emerging as the future of the electric kitchen. Induction makes use of electromagnetism to heat iron/steel pots and pans, which allows the cooking surface to remain cool to the touch even when fully engaged. Induction stoves can boil water faster than any alternative, including gas, and they generate zero indoor air pollution and pose zero fire risks. With the right policy support and increased awareness, it’s only a matter of time before induction cooking comes to a kitchen near you.

The Events Calendar gives you access to buildings-related events nationwide. We tag the events by location and category so you can easily find relevant events. If you’re aware of an event the community would like to know about, please consider adding the event to the calendar!