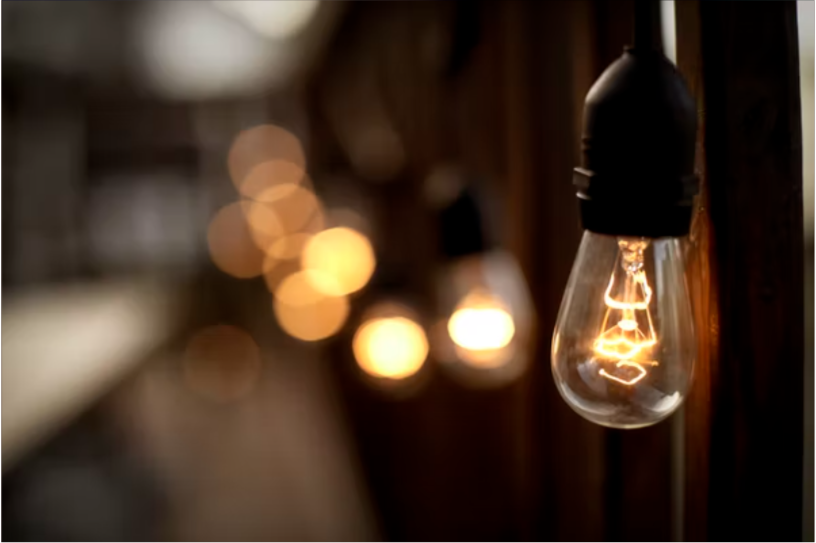 Space and water heating (and cooling) get a lot of attention from legislators and utilities, and understandably so. However, there are numerous other “energy vampires” within your home that deserve your attention and that of policymakers. Refrigerators, light bulbs, washing machines – they’re all sucking from the grid too. Luckily, most of these appliances have experienced remarkable energy efficiency advancements in the past few decades. But even so, as the push to “electrify everything” gains momentum, it’s more important than ever to understand the load associated with each component.

Let’s start with the ceilings and our primary source of unnatural light: bulbs. For a century after they were patented by Thomas Edison in 1879, incandescent bulbs dominated the market. These traditional bulbs guzzled energy at a rate of 60 watts (W) each. For context: assuming there are 40 lights in an average American home, and they’re on 5 hours a day, that’s 12 kilowatt-hours (kWh) of electricity per day – $50 a month at current electricity prices.

Compact fluorescent lights (CFLs) with their iconic bent tubes hit the market in the 1980s but were prohibitively expensive at around $25 each, despite using 75 percent less electricity. They have since dropped a staggering 90 percent in price. However, the true future of efficient lighting emerged two decades later in the form of light-emitting diodes (LEDs). LEDs are hyper-efficient bulbs that take only 4 W to produce the same amount of light as their incandescent counterparts and last 20 times longer. In the last decade alone, they’ve plummeted from over $45 each to a mere $4, making them the most practical way to illuminate your home.

Now that we can see the rest of the house, we’ll move to the kitchen, home of the perpetually energy-ravenous refrigerator. Like light bulbs, refrigerators have enjoyed efficiency gains in recent years. A typical fridge in the 1980s with 20 cubic feet of capacity used 2,000 kWh per year – $280 just to prevent food spoilage (real dollars). The federal appliance standards that began in 1987 have pushed the industry to drastically improve the efficiency of their products. Today, you can buy the same size fridge for $800 that uses less than a quarter of the electricity.

The sneakiest energy vampire also resides in the kitchen: the dishwasher. The rated wattage label alone doesn’t paint the full picture, as a water heater must work in tandem. Dishwashers use 3-4 kWh per cycle, which can really add up when being run every day.

Lastly, we’ll look at electric clothes washers and dryers (thrilling, I know). But were you aware that it takes six times as much energy to dry your clothes as to wash them? Like dishwashers, dryers can really contribute to your load at 3 kWh a cycle. Once again, Energy Star® models like these can notably cut down electricity usage (as well as emissions if they are replacing a natural gas unit).

We’ll wrap up with a fun fact that provides some context. You might imagine that charging the phones we use constantly would really add up. However, according to a test done by Opower, it only takes 10.5 Wh to fully charge an iPhone 6’s battery (which is comparable to the current iPhone 13). Assuming you recharge your phone once a day, it would take a measly 3.8 kWh (54 cents) to use for the entire year. That’s comparable to a single dishwasher cycle on high heat!